What I Learned from Two Days of Intense Suffering

Posted on November 26, 2013 by Robert Lockard, the Deja Reviewer

I awoke on the morning of Thursday, November 21, 2013 at the usual time of 6 a.m., and I immediately felt something was wrong.

I had had a hard time falling asleep the night before and had only gotten about five hours of sleep, which is nothing new for me, being a father of three young children. But instead of going through the normal struggle to wake myself up, I felt a searing pain in my forehead that continued to get stronger with each passing minute.

I rarely get headaches and I had already taken a sick day two days earlier because of exhaustion – something I also rarely experience. So there was no way I was going to let a little thing like a headache keep me from going to work that morning.

I willed myself to sit up, which quadrupled the pain pulsating through my head. I kept telling myself it was just a temporary issue that would go away after a quick shower. Somehow I survived the short trip to the bathroom and the few minutes it took to shower and get dressed for the day. But when I came back to my bedroom my wife took one look at me and said, “Get back in bed.”

I was in no condition to argue with her.

I plopped down on the bed and didn’t dare rise again for many hours. My head was on fire with wave after wave of fresh torment. I didn’t understand where all of this pain was coming from. Like a cracked dam it just kept coming harder and harder as it found more places to seep and then gush through.

I tried taking an ibuprofen pill, but that didn’t do much good. I doubled the dose the second time around, but that hardly did anything either. I tried taking melatonin to knock myself out, but the excruciating pain refused to grant me the sweet mercy of sleep. I started to worry I would accidentally overdose on medicine like Heath Ledger had when he was combating chronic headaches after playing the Joker in The Dark Knight. Thankfully, that didn’t happen, but I tried to go a little easier on the medicine.

I could barely stomach a few sips of water the whole day. I barely ate anything for two straight days. I couldn’t turn on my sides without suffering terrible pain, so all I could do was just lie on my back and try to be as still as possible – a maddening proposition for someone, like myself, with an active mind and body.

The next day was more of the same, except things started to improve bit by bit. I was persuaded to go to an InstaCare facility to get two shots to help with the pain and nausea. Unfortunately, they took several hours to kick in, but I finally got a good night’s rest that Friday night. On Saturday the pain had mostly subsided, though it took my body a while to fully recover from the ordeal and finally accept food again.

I learned many things from this harrowing experience, and I would like to share a few of them with you just in time for Thanksgiving. 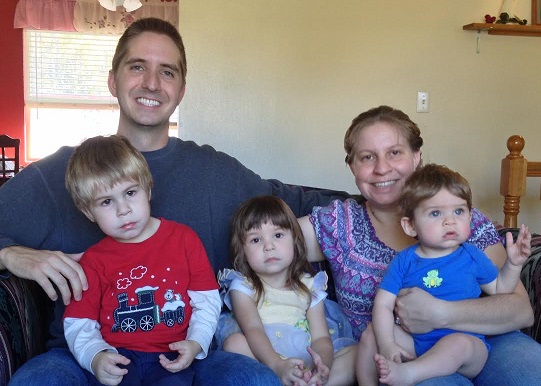 Be a Good Person

Don’t wait until it’s too late to do what you really want to in life. I don’t mean taking expensive trips or doing all the items on some silly bucket list. I mean cherishing those you love, raising a strong family, being a good example to your children, being faithful to your wife or husband, and doing all you can to be a good man or woman.

As I struggled to endure the seemingly endless barrage of pain, I took comfort in knowing that I’d lived a good life and that if I had to die I didn’t have anything to fear on the other side.

Appreciate What You Have

As I lay practically comatose for two agonizing days I started to really think about my life. I wondered if perhaps I was dying from a brain tumor or if this would become a chronic condition I would always suffer from. What would happen if I died or couldn’t work? Suddenly I came to realize how many things I am grateful for.

I am grateful to be alive, to be able stand up without suffering unimaginable pain, to have a wife and three wonderful children, to have a body that functions amazingly well, and so much more.

On the first day of my ordeal, my brother-in-law and father-in-law gave me Priesthood blessings, which are prayers that are done in a certain way to give promises of healing, comfort, and other blessings that a person needs. The pain lessened, according to the promises they made in those blessings, and I was eventually fully healed. They also made other promises I won’t go into detail about here, but they were extremely helpful in my attempts to keep the experience in perspective.

I also prayed many times to Heavenly Father through my suffering, asking for his help in enduring my trial well, and he answered my prayers with feelings of comfort and a reduction in pain. In his wisdom, he allowed me to suffer so that I could come to understand a little of what Jesus Christ went through for all of us in the Garden of Gethsemane.

You never know when your good health will run out. I don’t mean to sound fatalist, but if you think about it you’ve only got so much time on this Earth to accomplish what you need to accomplish. There’s no need to waste time on too many frivolous distractions. Playtime is fine, but make sure your life is mainly focused on honest work with games and other diversions devoted to relieving stress and strengthening relationships.

You can get a lot more done when you’re young and healthy than when you’re in great pain or unable to do simple things that you take for granted right now. Don’t let opportunities to do good slip away because of laziness.

No one ever helped a situation by being negative about it. Even if you’re in the worst condition, try to look on the bright side and hope for the best. I found that keeping my spirits high and focusing on what I could learn from that terrible experience made it that much easier to endure it well.

Life can be crazy. But it’s when you face really hard times that you find out who you are, as well as who your real friends are. My wife, Angie, has been amazing all of last week, taking care of our kids and taking on many more household duties that we usually share. I can’t survive without her, that’s for sure.

Happy Thanksgiving, everyone. May you see the good in every situation.

Robert Lockard has been a lover of writing since he was very young. He studied public relations in college, graduating with a Bachelor’s degree in 2006. His skills and knowledge have helped him to become a sought-after copywriter in the business world. He has written blogs, articles, and Web content on subjects such as real estate, online marketing and inventory management. His talent for making even boring topics interesting to read about has come in handy. But what he really loves to write about is movies. His favorite movies include: Fiddler on the Roof, Superman: The Movie, Star Trek II: The Wrath of Khan, Back to the Future, Beauty and the Beast, The Fugitive, The Incredibles, and The Dark Knight. Check out his website: Deja Reviewer. Robert lives in Utah with his wife and four children. He loves running, biking, reading, and watching movies with his family.
View all posts by Robert Lockard, the Deja Reviewer →
This entry was posted in Random Stuff and tagged thanksgiving. Bookmark the permalink.