Posted on August 15, 2017 by Robert Lockard, the Deja Reviewer

I have a funny way of looking at films. Sometimes my powers of observation lead to entirely new ways of analyzing films’ plots while other times they yield silly puns. Today I present the latter. Please enjoy these five funny observations about a random assortment of films.

Back to the Future Part II 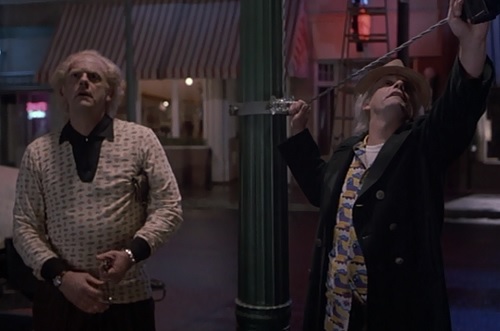 Guardians of the Galaxy Vol. 2

The opening scene in Missouri is technically a pre-Quill.

We (and the Predator) overhear Mac tell Dillon, “Over here.” 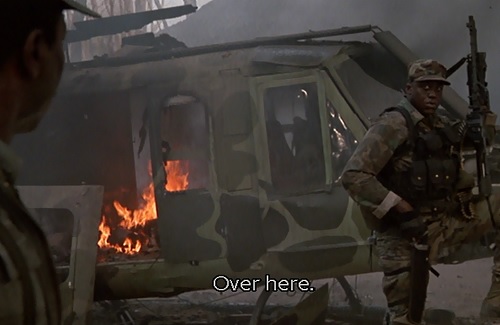 In the end, Mary Jane runs out of her wedding…

so that Peter Parker will never again run out of his webbing.

In Toy Story, Buzz Lightyear gets to train Rex…

while in Toy Story 3, Buzz gets to prevent trainwrecks.

Robert Lockard has been a lover of writing since he was very young. He studied public relations in college, graduating with a Bachelor’s degree in 2006. His skills and knowledge have helped him to become a sought-after copywriter in the business world. He has written blogs, articles, and Web content on subjects such as real estate, online marketing and inventory management. His talent for making even boring topics interesting to read about has come in handy. But what he really loves to write about is movies. His favorite movies include: Fiddler on the Roof, Superman: The Movie, Star Trek II: The Wrath of Khan, Back to the Future, Beauty and the Beast, The Fugitive, The Incredibles, and The Dark Knight. Check out his website: Deja Reviewer. Robert lives in Utah with his wife and four children. He loves running, biking, reading, and watching movies with his family.
View all posts by Robert Lockard, the Deja Reviewer →
This entry was posted in Random Stuff and tagged back to the future, films, fun, funny, guardians of the galaxy, humor, jokes, movies, predator, puns, science fiction, sequels, spiderman, toy story. Bookmark the permalink.

3 Responses to 5 Funny Observations About Films